As a soloist, in 2011 I opened for Marcus Miller at Manchester’s ‘BassDay UK’. Then on the following year featured on the main stage at ‘The International Bass Guitar Show’, London (opening for Yolanda Charles and Living Colour’s, Doug Wimbish). In the same year, I was also fortunate enough to perform conventional bass for TM Stevens during his UK masterclass dates. Once again I returned to the LBGS in 2013, then in 2014, 2015 and 2016 promoting Elixir Bass Guitar Strings, while also endorsed by both Overwater Bass Guitars and Vanderkley Amplification. This year I commenced recording my solo EP at the legendary Sun Studios in Memphis, on the very spot that Elvis cut Mystery Train for Sam Phillips.

In the past I’ve performed on London’s west end equivalent to Broadway, appearing in ‘Dancing In The Streets’ (at The Aldwich, Playhouse and Cambridge Theatres). I’ve also appeared across Europe on musicals such as, ‘A Vision of Elvis’, ‘Jesus Christ Super Star’ (Covent Garden), ‘Anything Goes’, ‘Little Shop Of Horrors’, ‘Fame’, ’Bugsy Malone’, ‘Grease’, ‘Jack The Ripper’, ‘One Night In Vegas’, ‘Sunshine on Leigh’, as part of the British Philharmonic Orchestra (with Martyn Lucas from Britain’s Got Talent), ‘Beyond Phantom’ (UK Tour), ‘The Pirates of Penzance’ (The Court Theatre, Herts), ‘Canterbury Tales’ (Minder, Germany), ‘Livin La Vida Loca’ (UK Tour), ‘Return To The Forbidden Planet’, ‘One Step Closer’, ‘Wondrous Stories’, ‘Lady and The Vamp’ (with Alison Limerick), ‘Hairspray’ and have featured on the BBC’s touring production live of ‘The National Lottery’, in association with Camelot. This year I’ll be playing Electric and Double bass at London’s O2 for the live shows of ‘If I Can Dream’, Elvis Presley’s 2015 platinum selling album, alongside members of the Royal Philharmonic Orchestra.

Academically, I’m a graduate of the Players School Of Music in Clearwater Florida – having studied under Jeff Berlin. Prior to that i’ve received both a Masters Degree in Jazz and Bachelor Degree in popular music. I’ve also previously studied at Basstech and the Musicians Institute in London and hold both a PGCAP Level 7 teaching qualification and fellowship of the higher education academy.

Currently, I’m part of the visiting faculty at The Players School Of Music in Florida and lecture. I write for Bass Guitar Magazine UK on a monthly basis (advance techniques column) and have contributed to other published articles including recent interviews with Billy Sheehan and Mo Foster. I’m also the author to ‘Chord Tone Concepts’ a three volume chord tone studies manual for bass guitar – published via With Bass In Mind Publications, for which I’m the CEO. I’m also known for the years that I taught as part of the bass faculty at The Institute (London), 7 years service between 2009 and 2016.

I’ve also performed/toured with various other acts and shows that include ‘Imagine – The Ultimate Tribute to John Lennon’ (Scandinavia) and ‘Elevation’ – U2 tribute (Finland) and have also worked with Big Band Metheny (The Pat Metheny Big Band), and also with Monsters On a Leash (A Tower of Power Big Band).

At the time of introduction, I was struggling to find the correct tools for my trade for a number of gigs.

Rather then going to a music shop and choosing an instrument off the shelf, I decided to write down on a piece of paper all the things that I required from an instrument, the list included features such as a 24 fret – 35ins neck, through body construction, 3 Band EQ, Walnut body etc… then I asked myself WHO makes these basses? The research led me to Chris and the team and Overwater have been making my basses ever since. 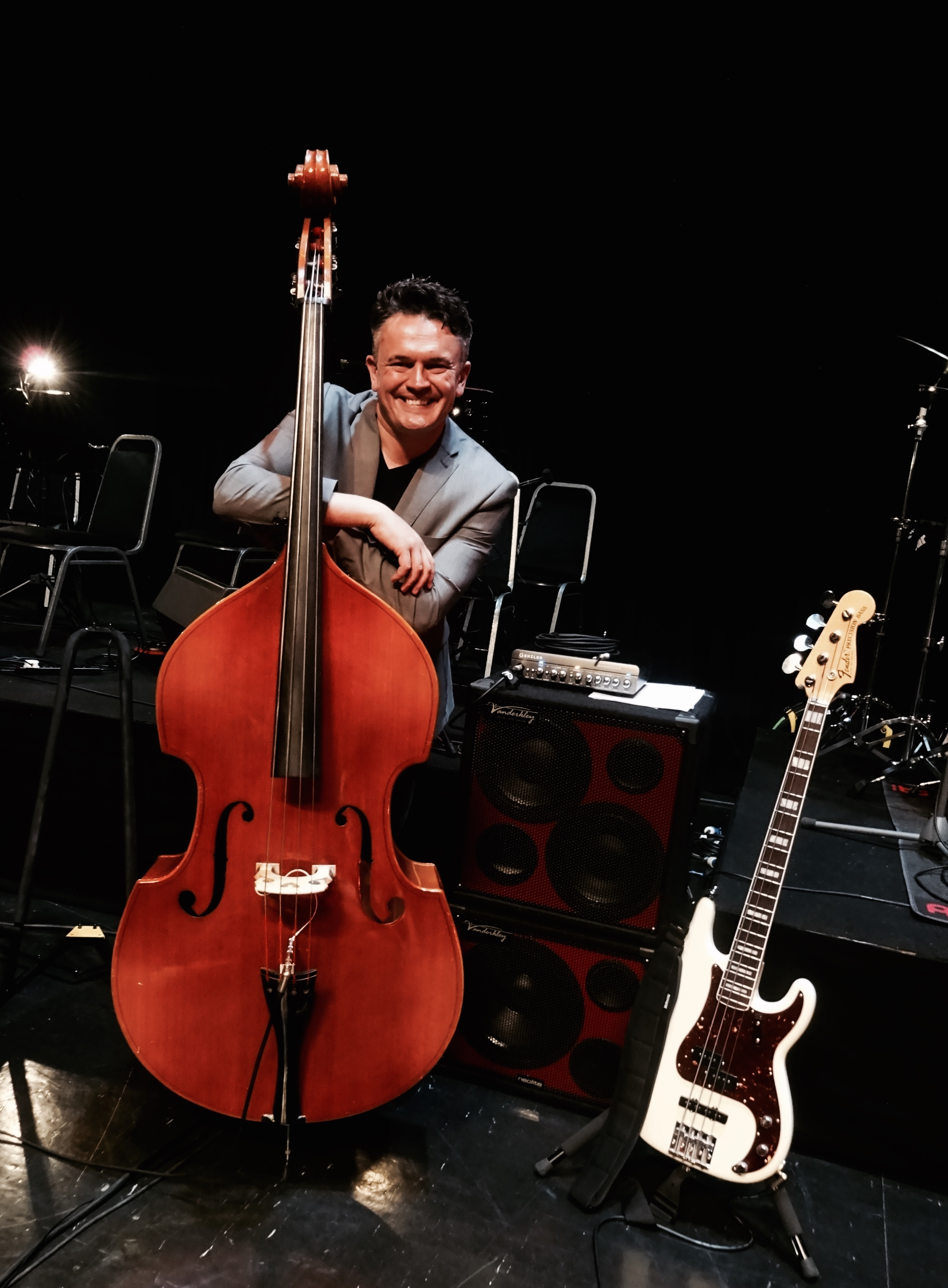 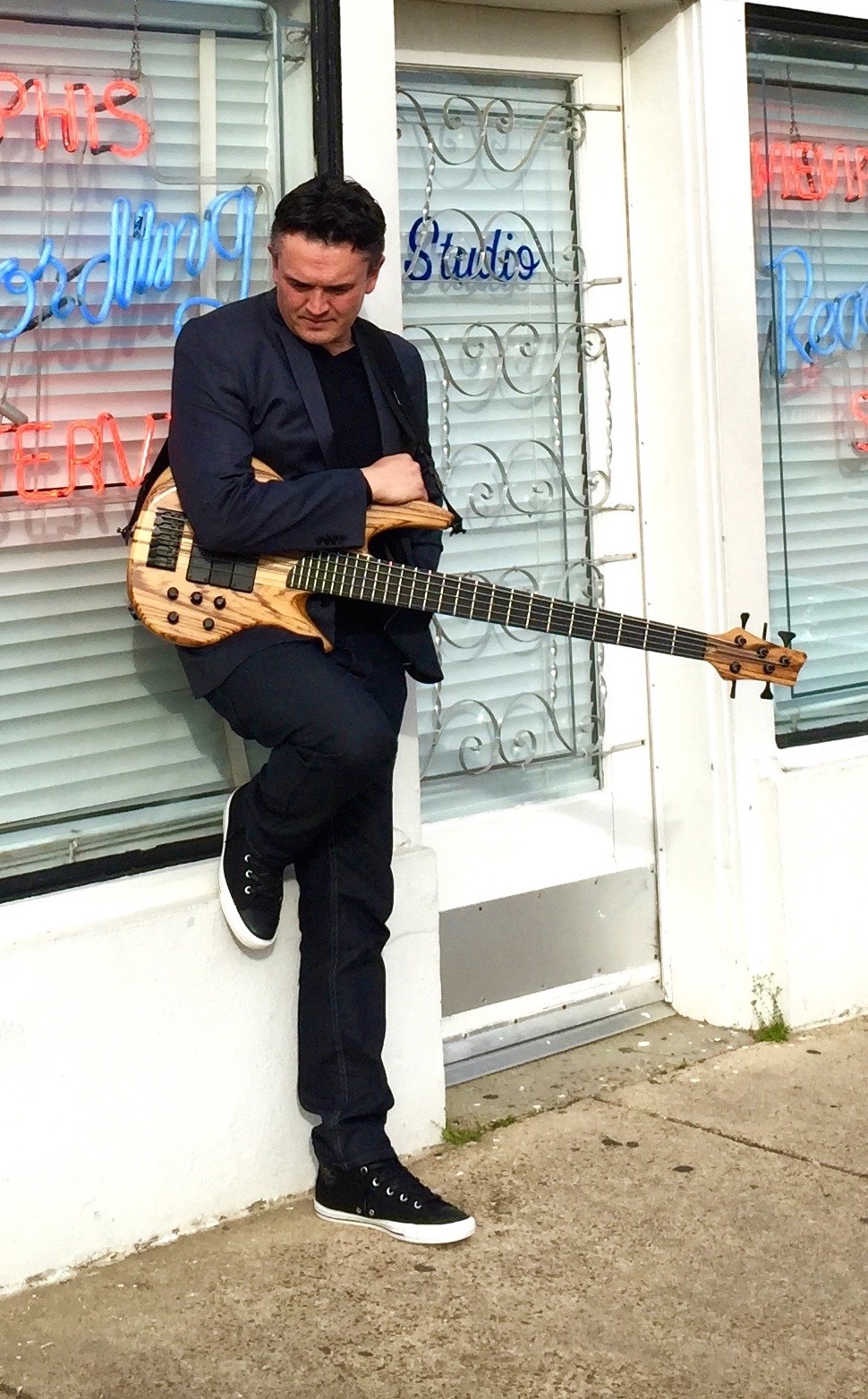 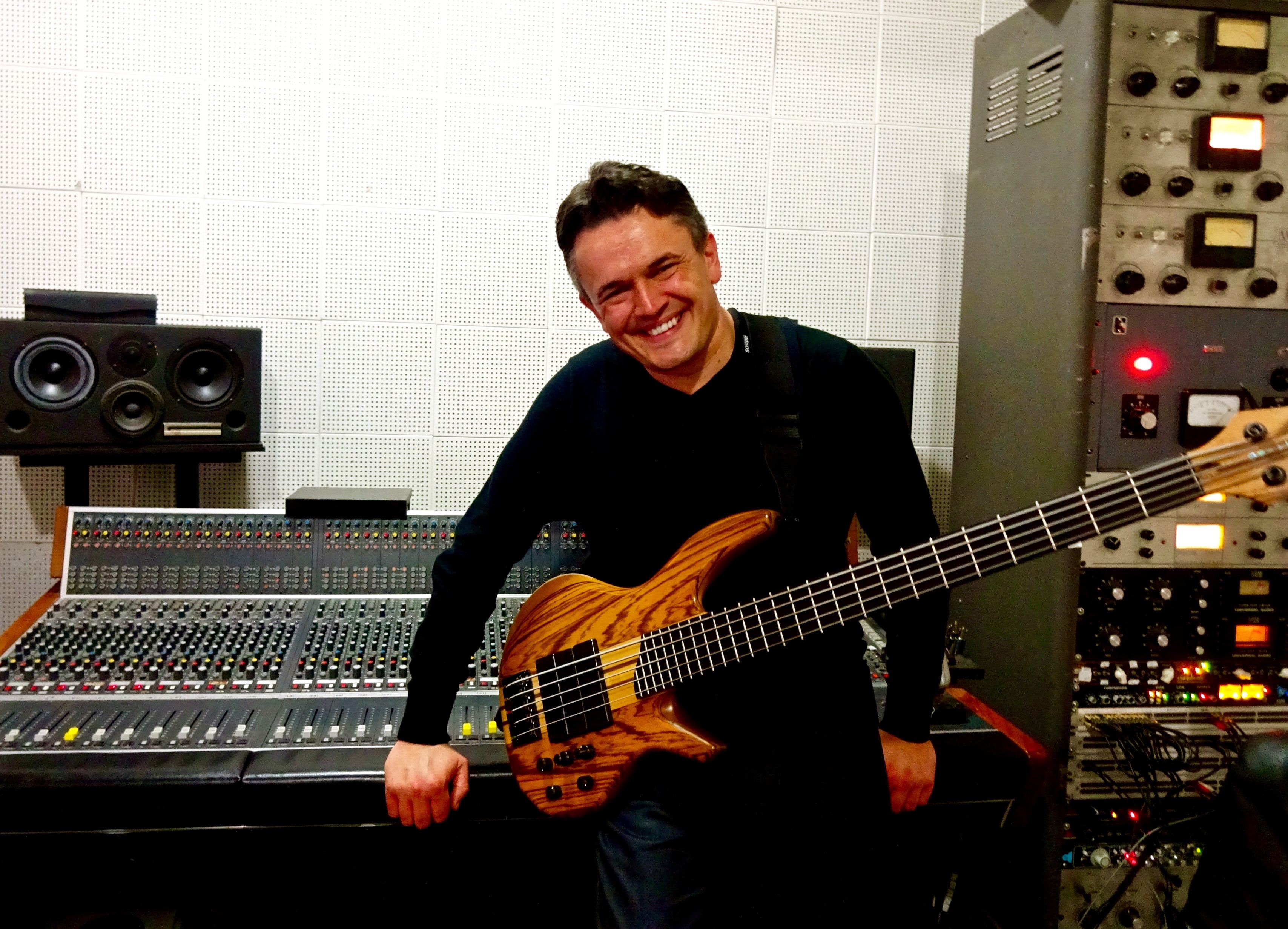 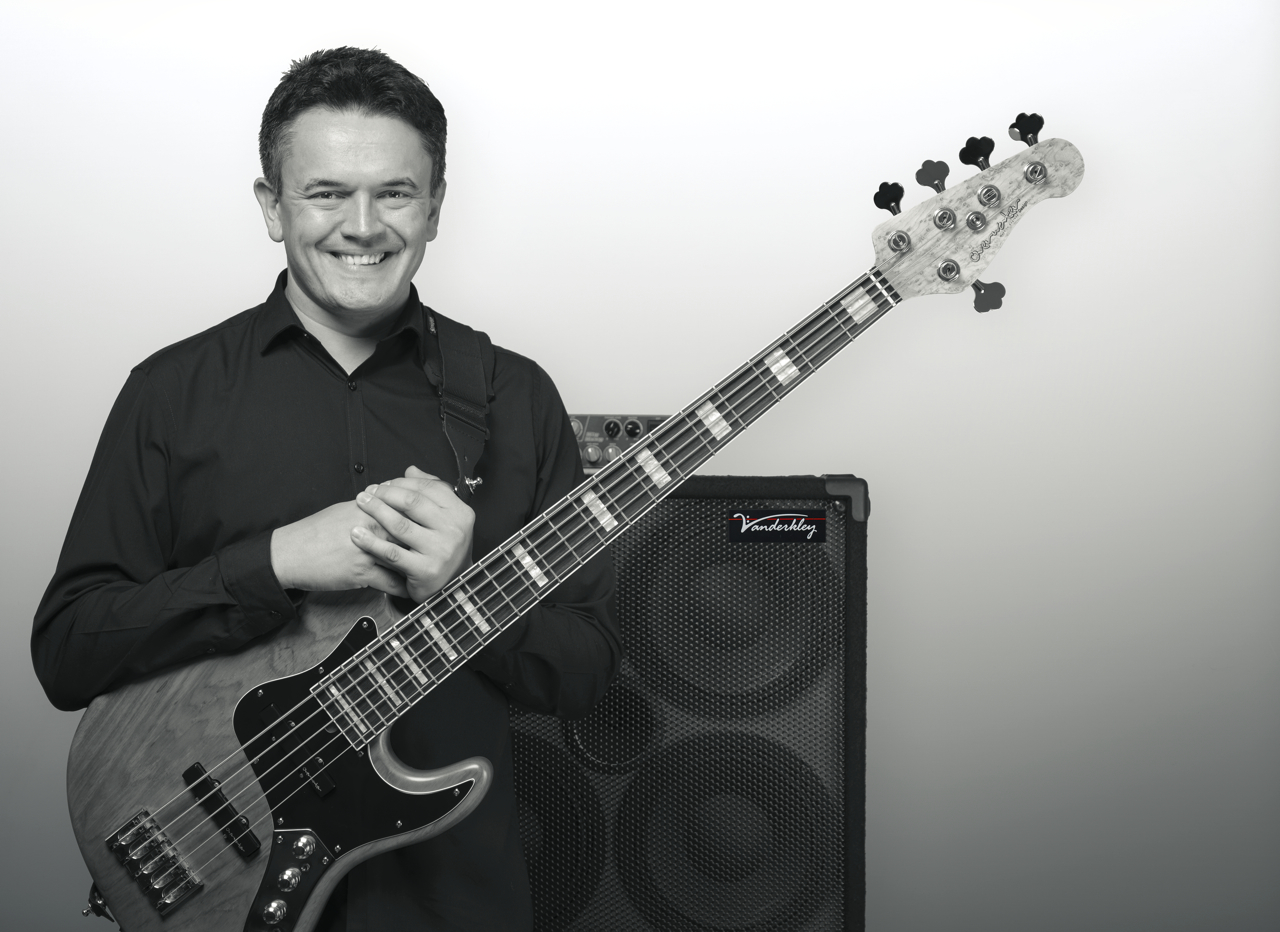