Born to a Scottish mum and Norwegian father in 1966. Lived in North East England as a toddler, but the family moved to the Trondheim area in Norway in 1970. Currently residing in Stjordal, 3 miles from Hell and Trondheim International Airport.

Primarily self-taught I started playing bass guitar in 1979 with local bands. My first pro gig was back in 1983, and since then I have worked with artists in many different settings based in Mid-Norway; blues, folk, jazz, pop, rock, hard-rock.

In 2002 I started my own production company Craigtones, through which I have produced shows and recordings. In 2010 I got my own recording facilities. I have a BSc in Telecommunication and Electronics, and I also took a one-year course in Digital Music Production 2009-10.

Adventure – a classic rock/prog-band from Trondheim. At the moment we are working on our fourth album.

The Midnight Specials – a blues band based in Hell, Norway. Working as a backing band for international artists touring the area.

Craigtones – My own studio: Engineer, producer and musician

Notable Musicians / Bands / Shows you have played for / with / in?

Played with Woodstock-veteran Miller Anderson’s Scandinavian band since 2002. He played with Keef Hartley Band at the 1969 Woodstock Festival. I met him when he toured with Deep Purple in 2000. Also gigged with Tony Ashton RIP (of Paice Ashton Lord fame) and Bernie Marsden (Whitesnake).

My main instrument is my wonderful blue J5 custom with a 35” scale. It fits perfectly in any musical situation. I also use my blue J4 custom fretless quite frequently. Two versatile instruments that make my day, every day..

I have always wanted an instrument built to my specs, and I stumbled across a J-series at The Music Room in Cleckheaton, Yorkshire in the late 90’s. It was a great instrument, but I couldn’t afford it at the time. The name still stuck in my mind, and when I could afford a custom instrument I contacted Overwater to have an instrument built to my specs. The whole process from the first contact to picking up the instrument in Carlisle was top notch, and the team at Overwater are almost part of my family now. 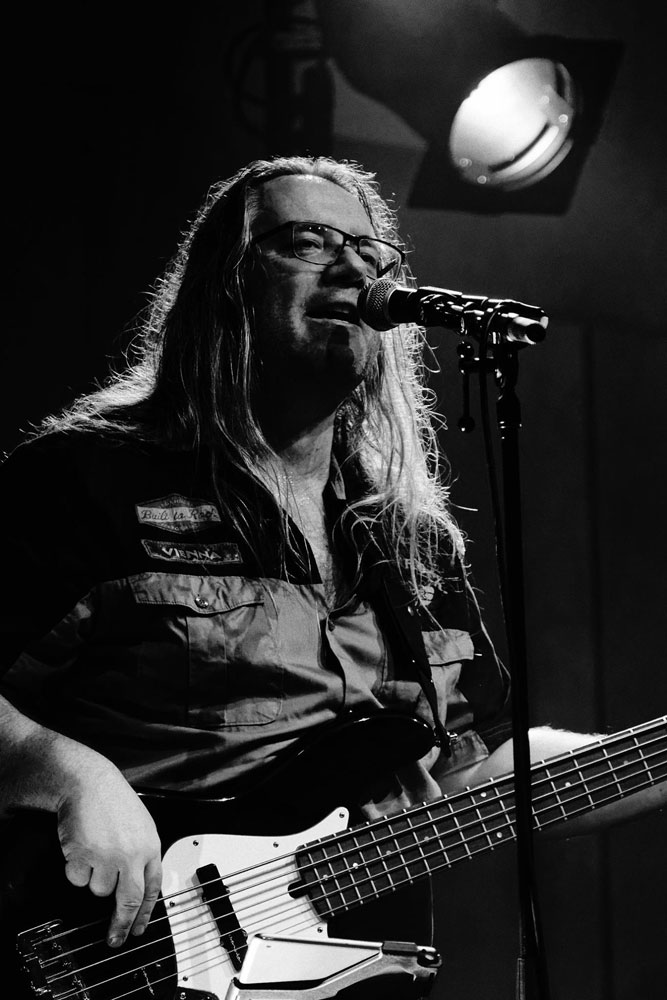 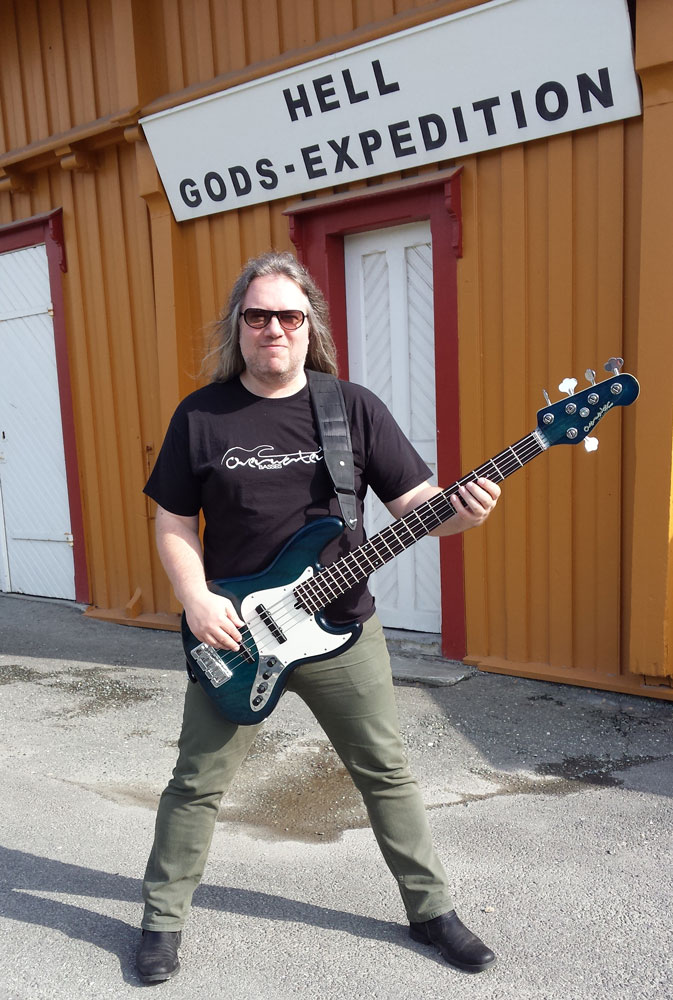 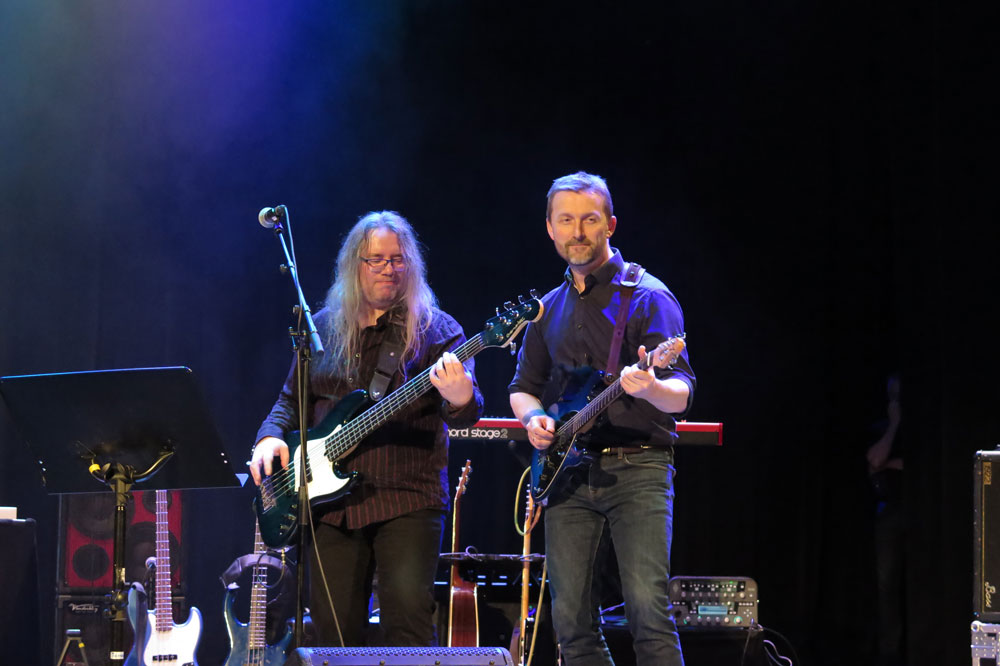 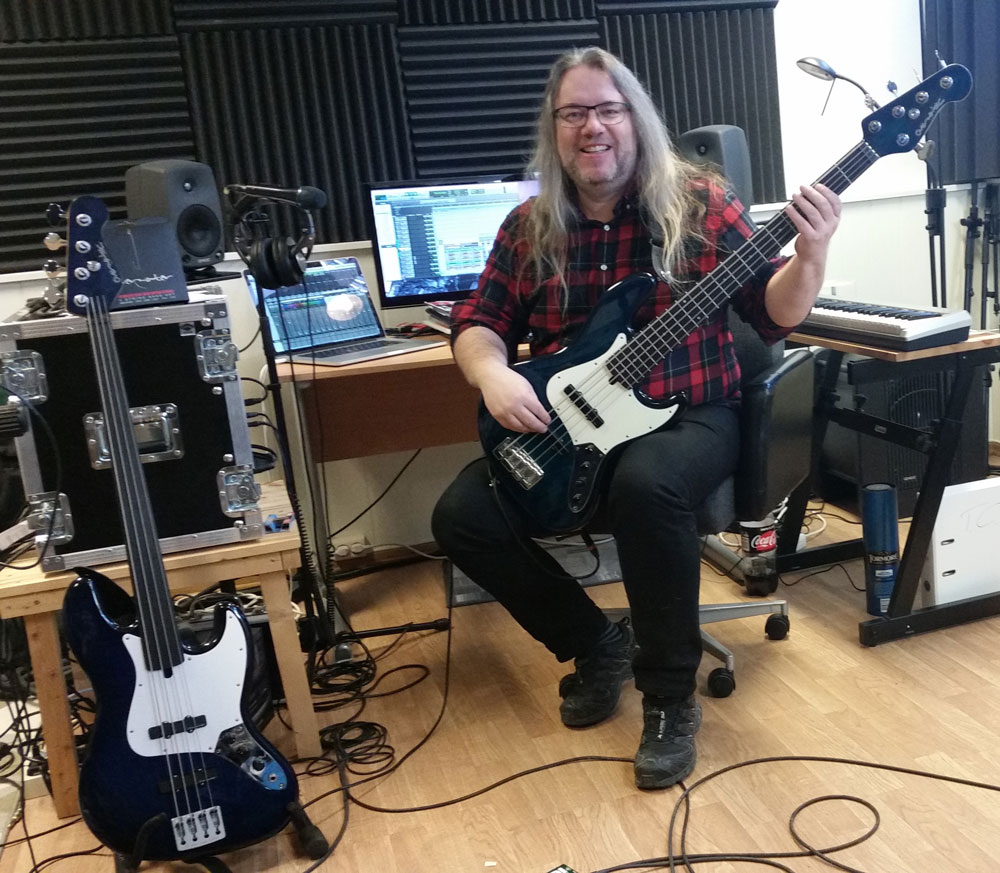